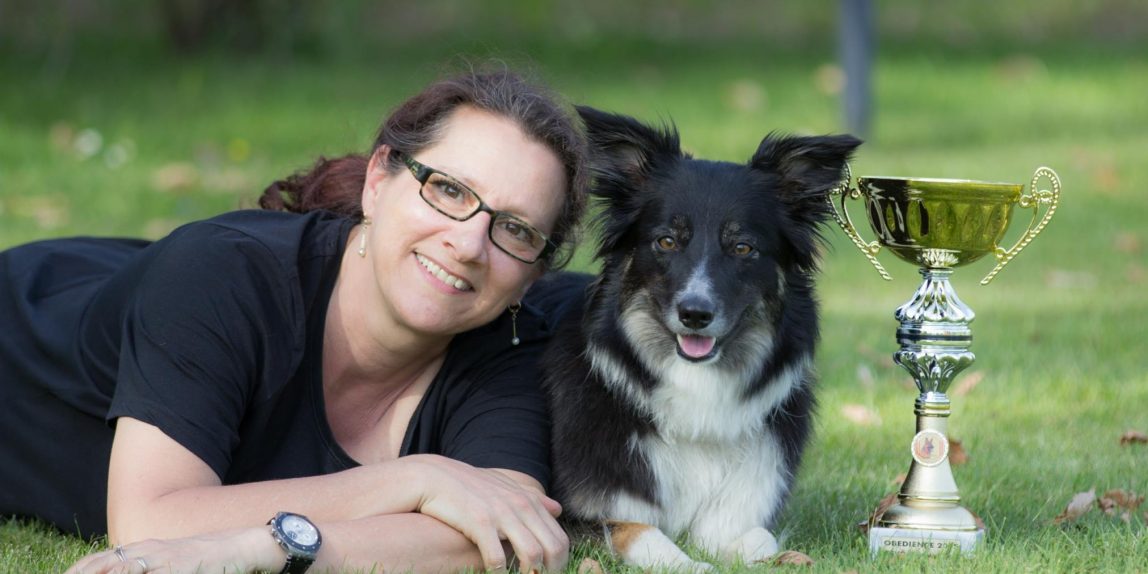 My name is Renate Oeltze, and I have started my Border Collie life in 1999, when my first Border Collie bitch, Just for Fun of Jennifer’s Bonfire aka Justy moved in. She joined my 1995 born Retriever cross Laura, at that time successful in agility. Justy was my first Border Collie mainly active in obedience and took me to World Championships for unbelievable nine times in a row and numerous competition wins including two times Austrian Champion. Meanwhile my passion for obedience continues with Meggie, meanwhile International Obedience Champion, Austrian Champion 2019 and two times part of the Austrian team for the World Championship in Moscow and Belgium, and Leia, who just started her obedience career successfully with the victory in the Hungarian CACIOB competition in Gödöllö in the beginning of 2019. Young Janis is just in her very beginnings. Another big part in my life with dogs belongs to herding training, which is really important for me as it is, what the true Border Collie is bred for.

In my breeding I therefore also concentrate on working abilities, not just on results. And of course on the health in the best way possible. By that I aim to breed puppies, which are eager to work, social, active and highly trainable. But most of all puppies, which are just loved to the moon and back by their prospect owners. Because from my point of view this is the most important foundation for everything else!

My kennel prefix Tounouwe is based on a little mistake which happened during the registration. It should have been Tuonouwe, which ist both, the Middle High German name for Danube, the river I live close to, and the combination of the Middle High German ”tuon“ meaning doing and ”ouwe“ meaning sheep. So the letters “u“ and “o“in the beginning where possibly mixed up during the registration process and I realized that too late. Therefore it’s now Tounouwe instead of Tuonouwe. But the idea and the meaning behind are still the same.

A little lock back of 25 years being addicted to dogs

Scroll Up
Social Share Buttons and Icons powered by Ultimatelysocial